We’ve known for a long time that Hawaiʻi’s dependence on tourism and military defense is not sustainable. From the under-valued hospitality worker to the leaky tanks of jet fuel just feet above Oʻahu’s aquifer, we’ve known that this situation is degrading and precarious. And in 2020, when Covid-19 showed us empty beaches, shuttered restaurants, and war games continuing during a pandemic, it all got really real.

This is exciting because lots of people are talking about how we can rebuild Hawaiʻi’s economy for the better. One direction people hang their hopes on is the technology industry. In the past the idea of seriously building the tech industry in Hawaiʻi may have been dismissed as pie-in-the-sky compared to the unshakeable reality of a tourism- and defense-based economy. But the world has now shifted.

In this moment of possibility I want to urge caution, creativity, and courage. The health of the economy matters not as an end in itself, but because we rely on things like GDP as a (very imperfect) index of the health of people and communities — which is what’s actually important. When we strategize building up Hawaiʻi’s tech industry (or building any alternative economic directions, for that matter) we need to ask two key questions:

Who gets to work in this economy?

Going forward remote working will be an option in a way it never was before, which has reinvigorated hopes of attracting talented workers to Hawaiʻi and reversing our long-bemoaned “brain drain.” In some conversations the focus is on highly educated, Hawaiʻi-born workers who have left the islands to pursue opportunities elsewhere and now have the chance to come home. And in others the focus is “attracting talent” period.

We know that Hawaiʻi is economically stratified along ethnic lines. We know that educational outcomes are uneven based on this stratification. And we know that ethnic inequality and unequal educational outcomes can become a self-perpetuating negative cycle that creates generational poverty. So to focus on attracting talent — Hawaiʻi born or not — rather than developing talent, is to say that we are ok leaving some people behind.

Who gets to live and work in Hawaiʻi? Are we more interested in facilitating the relocation to Hawaiʻi of people who are already relatively economically and socially privileged? Are we mostly focused on building an industry for those who are already economically and/or ethnically privileged in Hawaiʻi? Or are we committed to creating circumstances that can support livelihoods for people facing relative disadvantage? In tech as well as in other industries we need to invest in workforce re-skilling and developing and empowering untapped talent in Hawaiʻi’s Indigenous, immigrant, and working class communities.

And yes, we may in the process attract some talent to Hawaiʻi. Returnees and newcomers alike may have much to contribute from the richness of their experiences outside of Hawaiʻi. But they need to approach with a willingness to learn about the value of Hawaiʻi before figuring out how they can contribute. If not, they risk re-enacting the worst aspects of processes of displacement like gentrification and settler colonialism.

The culture, values, and worldview of the U.S.’s tech industry mecca, Silicon Valley, are troubling to say the least. Besides disrupting local economies, putting us all into social media echo chambers, providing platforms for hate speech and voter manipulation, and normalizing the lack of worker protections in the gig economy, the tech industry is known for having a massive gender and race disparity problem. And this is not to mention the ways that technology contributes to warfare and global aggression.

But as it’s often said, technologies are just tools. They are embedded in cultures and subject to a society’s value judgements. We use technology; technology should not use us. A tech industry in Hawaiʻi must be careful not to blindly reproduce the culture and values of Silicon Valley. It’s hard to consciously go against this grain, but we have to lead with our hearts and ask ourselves constantly, how do we “make it Hawaiʻi?”

The same can be said of an economy — it should be a system of exchange and creativity arising from our shared values, and it should serve us. We should not be serving it.

Of course, life requires entering into relationships. As we think about building a different economy that can support thriving communities, healthy ʻāina, and fulfilling lives, we as a society choose who/what we want to be in economic relationship with. (And of course, those with more power end up with more of a say in that choice.) We should seek out collaborators and conspirators from emerging industries we are actually excited to work with and help shape, because together, we can “make it Hawaiʻi.”

What seems to happen more often is that we’re subject to the whims and happenstance of whichever wealthy person, company, or institution is interested in Hawaiʻi, for their own reasons. In a survival mindset, it can feel that we need to take whatever we can get, accommodate whoever is bringing jobs and opportunities. Sometimes, when what’s being taken is so obvious and insulting, do we ban together to say no, as for example at Mauna Kea.

But who/what do we want to say yes to? Folks have a lot of beautiful answers, from visions of regenerative agriculture and smart ahupuaʻa to communities adept at education, healthcare, and mālama ʻāina. So at this point it’s perhaps more important to ask: how do we need to grow, what do we have to learn, what risks are we willing to take, and whose help are we willing to accept — to make that Yes actually happen at scale?

Undoubtedly there will be differences in our communities around preferred strategies to take. We will have to engage each other in hard conversations. Hopefully we can be rigorous but kind.

These are the thoughts on my mind during the first weeks of 2021. If you made it this far, thanks for reading! I know I’m not the only one feeling the possibility and the weight of this moment.

For those of you focused on reshaping Hawaiʻi’s economy, I want to extend an invitation to contribute to Poni Manaʻo on questions like:

How do we educate returnees and newcomers to Hawaiʻi on how to weave themselves into our social and cultural fabric?

How do we both mitigate the harsh economic changes that are impacting local families, while also using this moment to push for the changes that are long overdue for a more just and sustainable Hawaiʻi?

In our visions and work for Hawaiʻi’s economy, culture, and society, who and what are we saying yes to? What are the risks and potentials?

How do we scale from kīpuka to larger orders of impact? What’s the growth edge we need to step up to?

For those of you focused on technology in Hawaiʻi, I’m inviting you to take part in our 2021 Poni Manaʻo challenge. We’ll be posting a list of fun learning challenges that explore the intersections of Hawaiʻi, culture, and technology. 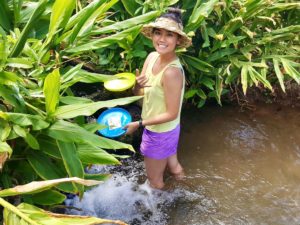 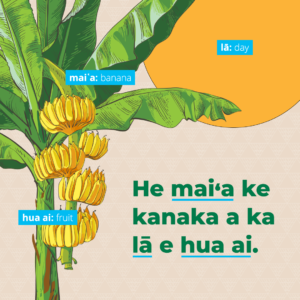 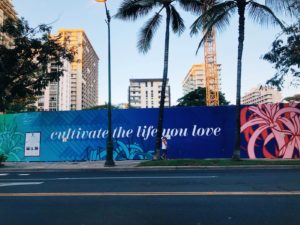